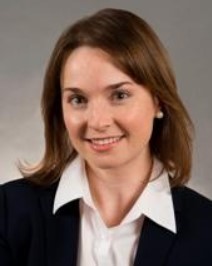 Samantha is a law partner at the firm of Hale Ball Carlson Baumgartner Murphy, PLC in Fairfax.  She focuses her practice on Estate and Trust Administration, Special Needs Planning, and Fiduciary Litigation.  After finishing law school in 2008 she completed a two-year clerkship with the Honorable Judge Dennis J. Smith of the Fairfax County Circuit Court. In addition to serving on DSANV’s board, she also currently serves on the Board of Directors for the Virginia Academy of Elder Law Attorneys. 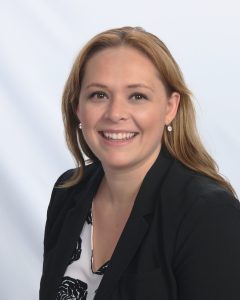 Kim is the CEO and founder of Claritas Creative, a visual-centric communications company in Arlington, VA. She engages in disability issue advocacy at the federal and state level. She and her family also regularly join advocacy events sponsored by the Arc of Virginia and the Arc of the United States. She is passionate about supporting individuals with Down syndrome, and intellectual/developmental disabilities, and ensuring their inclusion as valued members of our communities. She looks forward to assisting DSANV with their communications efforts as well as serving as Treasurer. 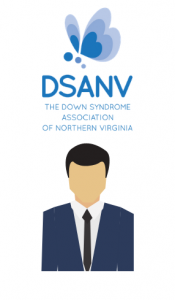 Robert has a degree in Accounting and has worked for the federal government since 2003. He is an experienced Project Manager and former Special Olympics volunteer. Rob played a significant role in the 2019 DSANV Buddy Walk, repeating in 2020, negotiating contracts for the festival and ensuring the many vendors were set up appropriately to ensure the success of the event.

David is a Community Relations Specialist at SourceAmerica with their Government Affairs Department. He previously served as a staff member on Capitol Hill with the Ways and Means Social Security Subcommittee as JP Kennedy Jr. Public Policy Fellow–the first with an intellectual disability. He is a trailblazer with 20 years of competitive employment as a clerk in the Distribution Center with CBRE and experience working at the National Down Syndrome Society (NDSS). He serves on several Boards at the local, national and international levels. David is a Special Olympics athlete and a Sargent Shriver International Global Messenger and has been involved in leadership and community advocacy starting in 1999.  A recipient of various awards, he received a Heroes Award from Special Olympics in 2002, a Voices Award in 2003 from NDSS. As a leader in advocacy he was presented with the NDSS first Dan Piper Award in 2006 at the World Down Syndrome Congress in Vancouver, Canada and received the NDSS 2014 Self Advocate of the Year award. David is a sought after public speaker. He is featured in the Firestarters book and many published articles highlighting his advocacy and accomplishments. One of his trademarks is his ongoing initiative to promote employment on the NDSS #DSWORKS Resource Guide for employers; his testimony at the Senate HELP committee on March 2nd 2011 in Washington DC, and his plea for human rights at the United Nations World Down Syndrome Day in New York City on March 21st, 2012. You can read about David at www.davideganadvocacy.com. 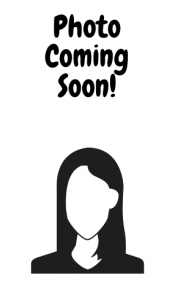 Sarah is a Speech Therapist with 20 years of experience who currently works in the Fairfax County School system. She holds Speech Pathologist School Licenses in Virginia and New York. She has experience creating inclusion opportunities in the classroom and elsewhere within the school community. 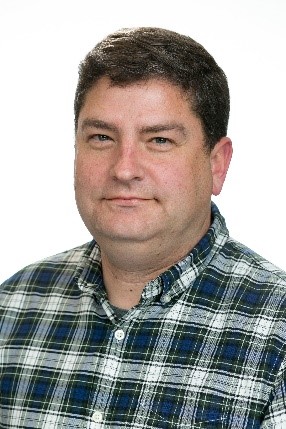 Dave is the Founder of 3.21 Management and President of Lost Rhino Brewing Company and The Lost Rhino Retreat. He has 21 years of experience in the restaurant and hospitality industry since graduating from Spring Hill College in 1995 with a B.A. in English. 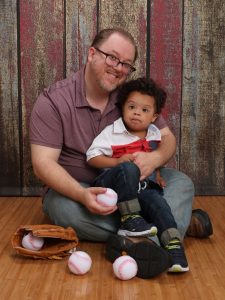 Andrew is a doctoral student in cybersecurity who works for ManTech International and is a professor with the University of Maryland’s Global Campus (UMGC). He has 20 years of experience in cybersecurity supporting a number of US government organizations. He is interested in working with DSANV to help the Down syndrome community in Northern Virginia grow in conjunction with other like-minded support organizations. 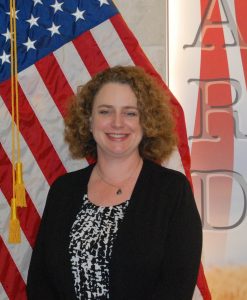 Amanda is a PhD neuroscientist currently serving as a scientific administrator for a federal agency. She manages a portfolio of research on adult brain injury which includes scientific peer review and oversight of biomedical research. She hopes to open collaborations with scientific organizations such as LuMind and looks forward to assisting DSANV in working with organizations conducting research on topics related to Down syndrome as well as contributing to DSANV grant writing opportunities. 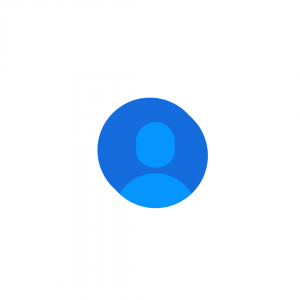 Kelly is an attorney with the federal government. She is an experienced litigator with significant experience in discrimination litigation.  She is passionate about advocating for inclusion and educational and vocational opportunities for individuals with Down Syndrome and other disabilities.  Kelly graduated from the University of Virginia in 2000 and from Harvard Law School in 2003. 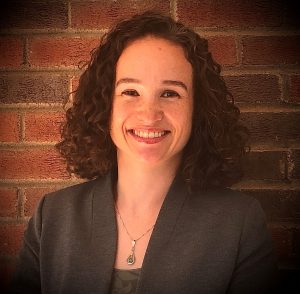 Marcela has a degree in political science, currently serves as a federal government employee and has experience as a management consultant for Booz Allen Hamilton and Deloitte. As a management consultant Marcela gained event planning experience and experience in corporate social responsibility practices to include volunteering and fundraising. She is interested in working to help address the very high rate of unemployment for people with disabilities (70%) and is working with a local job program coordinator to learn more about the barriers to entry for people with disabilities. As a Paraguay American, is a native Spanish speaker with ties to the local Hispanic community. 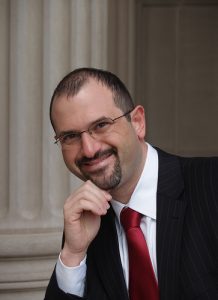 Abel is a nationally recognized cybersecurity subject matter expert for the Federal Government and various information security organizations. He is a graduate of the State University of New York with degrees in computer science and business administration. He is honored to serve DSANV helping to show that our kids have no limits. In his free time, he likes to take his family swimming, on camping trips, and supports local community theater. 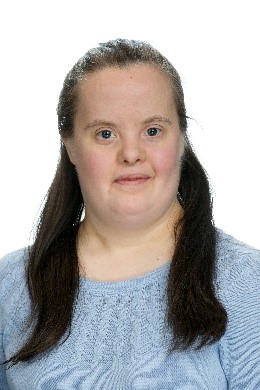 Erin is employed full time at Rosetta Stone in Arlington, Virginia where she assists with reception and administrative duties. She is a 2010 graduate of George Mason University’s LIFE Program for students with developmental disabilities. She is a Buddy Ambassador for Best Buddies Virginia and serves on the board of the National Down Syndrome Society (NDSS). Erin has become a passionate and accomplished advocate for those with intellectual disabilities. She was awarded the PEATC Virginia Star Icon award in 2008 for her advocacy work and the 2008 Advocates in Disability award from the HSC Foundation in Washington, D.C. Her latest accomplishment is the award of both the O.Neill and Tabani Enrichment Fund and the 2009 Dan Piper Award for national recognition of a self-advocate from the NDSS. 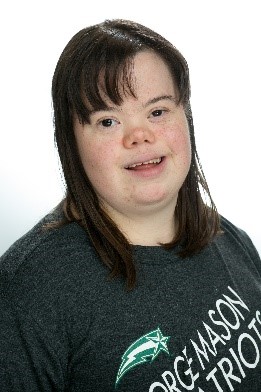 Charlotte is a Community Outreach Specialist with the National Down Syndrome Society (NDSS). She is currently attending George Mason University working on a B.A. She earned an associate’s degree from the Northern Virginia Community College and graduated from Fairfax High School with a standard diploma. Charlotte was born with a heart condition and had four open-heart surgeries when she was young and recently became one of the very few people born with Down syndrome to receive a life-saving heart transplant! Her motto is to always give back to others, and she loves to have bake sales and donate the proceeds to various charities. These fundraising efforts have led to some exciting opportunities to give motivational speeches. She hopes to pursue a career as an author, professional baker, event planner and motivational speaker. She is determined to do her best to help ALL people with special needs!

DSANV Virtual Bingo, co-sponsored with Washington Speech is the third Wednesday of each month at

Travel from home 13 virtual museums and galleries to tour

Emma is our chef of the month!

Thomas is our chef of the month!

Anna is our chef of the month!

Anna is our chef of the month!

Paul is our chef of the month!

Copyright 2019 The Down Syndrome Association of Northern Virginia | Legal | Sitemap